From Metal to Medieval

Having met up the Norwegians, it was a mass rednezvous at Schipol to join the exodus to Eindhoven then on to Venlo and finally Baarlo. The cup truly over floweth during these 4-5 days at Prog Power. It started flowing on the train trip from Amsterdam and was only punctuated by sleeping, breakfast and, well not much else. The exodus was a bit of a baptism into the family that is the ProgPower audience. The hilarious personalities were evident right from the start and they didn't let up all weekend. Thankfully there were a few other first timers, who more than likely will return again much like everyone else does.

Castle de Brock was a pretty impressive place to stay, complete with a moat, peacocks, giant courtyard, magical fairies who would clean up all the empty beer cans every night and thankfully free wifi. As Shani had said, this was a much better place to experience a range of amazing, at times cheap, staggeringly broad variety of alcohol from all over Europe than Oktoberfest. There were people from Norway, Finland, Sweden, Germany, Netherlands, Poland, Romania, Dubai, England, Ireland, France, Columbia by way of Canada and a small number of Australians. All the Europeans bought their best drinks from their delightful countries. So quite the experience and that's just the alcohol side of things. Everyone was super friendly and went out of their way to make the newbies feel welcome. Truly a top festival that felt like hanging out with family. Which for me was literally true.

Music I hear you ask, yes there was quite a bit of it actually. I was exposed to some fresh sounds which is always a good thing. Definitely will be listening to Until Rain, Myrath and especially Exeens...........so the education was worth it. I also missed a lot of the bands, as I wanted to continue watching the Rugby. Pretty sure no one really held it against me, because for some people the festival was just as much of a social event as anything else. I most definitely would want to go again, and as an opportunity to see a small town in the Netherlands glad I didn't pass it up. A lot more could be said about it, but sometimes it's best to keep certain experiences to yourself!

So after nursing a very sore head back to Amsterdam, I checked back into the hostel I was staying at and went to pick up my laundry. I had deposited said bag of smelliness at the laundry about 5 days beforehand, intending to pick it up the next morning before heading to Baarlo. This was not to be and despite returning all this time later, with no receipt the Indian laundry wallah managed to find it and kindly gave it back. So now I was back in action. Strangely Dan and Sarah had arrived that night so miraculously managed to walk into them seconds after my phone turned too cactus at our poorly organised meeting point. Quite lucky. We swapped some stories and grabbed a meal. I had what could be described as an interesting walk home, having gotten vaguely lost. At night every single canal looks the same. But I made it back. The next morning I made a snap decision to head to Prague, as the thought of kicking around Amsterdam solo style for another day seemed a bit beyond my abilities. So a quick flight to Prague it was.

This was also another step in the ongoing series of 'how many cities in Europe can I meet up with Emma in". I was also eager to head back East as the cheapness was a drawcard. Prague, a pretty sweet place. I do prefer Krakow at this stage as it Is a little smaller and the quality of graffiti is definitely at a more advanced level. Prague seemed to have a lot more tagging as opposed to your bigger mural/ wall pieces. But hey, I'm cool with that having no skills myself. It is quite the historical town, with a very interesting history. The Czech's also appear to be proud of their history and some important players throughout European history have been from Prague. Kafka for instance. Well, some bigger players to do with the Roman Catholic Church such as the Huseites and the early Protestant movements that pre-dated Luther. Some beautiful old buildings, one of the oldest University's, Mozart premiered here as well. Good stuff. If you can remember it!

Good beer as well. We did head out to Kutna Hora, which was the old silver mining city back in the olden days. It is also home to the Bone Chapel, which is a chapel with a lot of human bones decorating it. Bizarre. Kinda cool, not as creepy as the Kuntzkamer Museum in St. Petersburg. The town itself was well worth the visit, giving us a taste of our next destination. The smallish Medieval town of Cesky Krumlov, about 3 hours south of Prague. I'm pretty excited about this place and not just because I have a deluxe villa with ensuite, kitchenette and presumably a bed.

Writing this on that bus trip, just tried to upload a video from the Trans Siberian leg of the train trip, but because I added some sick audio track to it got removed. Stupid IP. 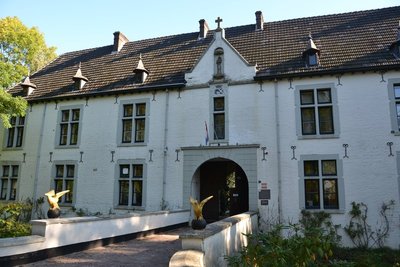 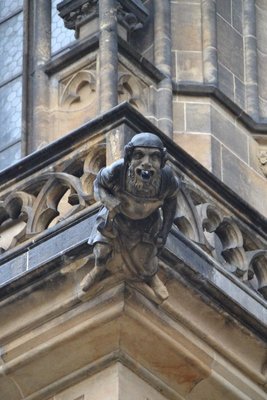 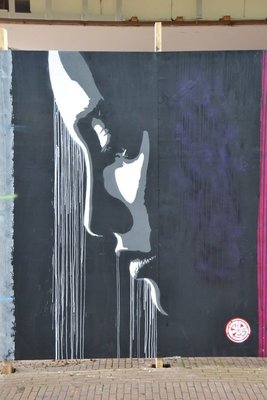 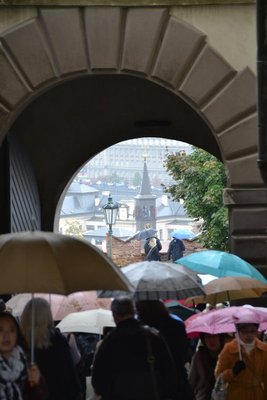 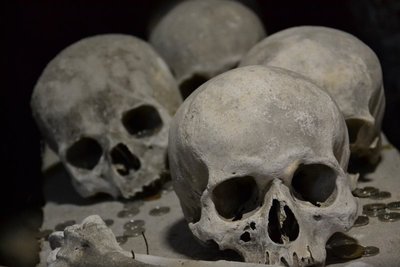 Love the gargoyle photo and the face. Sounds like you are having quite the adventure. You have most probably done very well to have got back to where you are staying most nights/mornings really without your usual bearings and signposts. Enjoy the deluxe villa. Sounds like there might be more than just what the standard villa has to offer. Maybe fairies will do your washing for you. Cheers