Having arrived in Krakow following a rather circuitous route over the sky's of Germany, I was eager to touch base with 2/3rd of the New Zealand crew. Thanks to some information from Bengt, supplied last night, I now know why New Zealand is called what it is. My digs in Krakow were smack in the Old Town, just alongside the Jewish Quarter. A very small area that had a Bar/Café density about 700 times that of Melbourne. Coffee also had enough strength to stand up by itself, something that Russian coffee appeared unable to do. So straight away I could tell that this was a place I would like.

Met up with Dan and Sarah, remarkably easily thanks to some clear directions and a well placed Mexican Restaurant. Which we hit. Nice one. Followed it up with a cheeky drink at a Cuban bar, which turned into a sly cigar and later, stimulating Mojito's. Our company expanded to include a couple of dudes from Stockholm. So, we lingered on until the wee hours.

That lingering made the next morning a bit of a slow start, but hey, why rush. Meandering our way around town was made easier with coffee and a vague direction that turned out to be quiet clear. Schindler's Factory. Krakow's WW2 history hit us in the face. Enough words have been written about those times, so I cannot attempt to add any pertinent description.

Again, reminded of the fact that European History is seeped in blood. Scenes in the photos, despite been in black and white, could have been taken yesterday. I hope we learn something, sometime and just chill out and get along.

Hitting up some massive burgers sated our spirits somewhat. They took another battering the day after when Auschwitz and Birkenau was our destination. Again, no words.

Not everyone is in agreement that these should be open for visiting. I'm not going to argue either way. For mine, glad I saw it. Will never again. Nor will I ever forget those sights.

It was a big day, then Dan and Sarah left, leaving me as a solo traveller for a day. So I hit up the other side of Krakow round the old medieval castle, Wawel Castle. Man did I hit the jackpot. Dan and Sarah if you read this, it was rad! Didn't have a huge amount of time so limited myself to the Armoury and Dragon's Den exhibits. The crown armoury housed armour and weapons from 15-18th Century. I mean this was totally of the charts. If Blair Sist was here he would have had conniptions. Weapons included swords, double handed swords, Hussar lances, pikes, hunting rifles, cannons, daggers, sabres; all from the Polish armies and others. Lots of Armour as well. Turns out that the extras from Bed Knobs and Broom Sticks were all from here, and after been summoned by Angela are now back in their rightful resting place.

It was time to leave, but Amsterdam awaited. So I went. Found my hostel and met up with Shani and Bengt. Awesome and a bit surreal to meet up with them here. We had a nice drop of beer. This festival is going to be great. Tonight I and Emma from the Siberian leg will join them at Weird Al Yankovic concert. Nuts.

Managed to get to the Van Gough Museum today. Even better, they were also showing a Munch exhibition to showcase their similar styles and mutual influences. Very cool. Saw some big ticket pictures in person. Sometimes life is just way to sweet. Just need to avoid getting hit by a bicycle. To be honest, I'm a little afraid of them. Walking rules.

Dropped some big mullah on clothes today. Forgot I don't have much room.

My bag now resembles an Amsterdam canal house, it's all about the height! 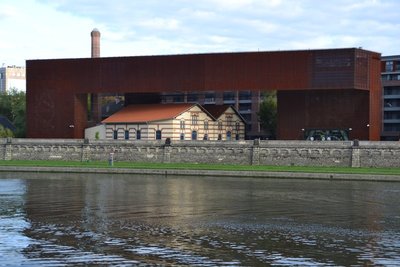 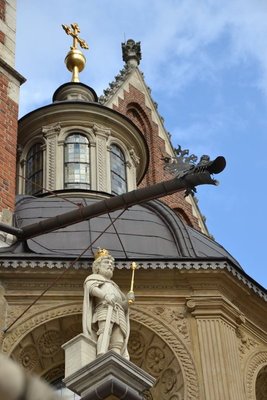 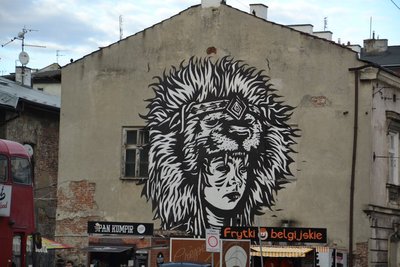 ...and the Dutch sold New Amsterdam to the English (for the princely sum of the Spice Islands off Java), who promptly renamed it 'New York'.

Glad the link with the northern cousins went well, and I can appreciate your response to the darker side of human history.

Have secured academical gown in preparation for matriculation, have established a business relationship with a tailor and have created 'Pillow Daddy', a Dad-like mannequin that stands/slumps on watch at J's door throughout the night to defeat the demons of separation anxiety. True story.

You might say that 'all is in order' here in Cambridge.

The coffee joint ratio knows no bounds.I wonder what the limit really could be?
Donate excess clothes to the Salvos equivalent, then buy more!!
I trust the Weird Al Yankovic show went well. He sounds like an interesting guy. Why am I not surprised Shani and Bengt would want to go to his show. Glad you have made contact with some of "the Norwegians". Say hi from Suzy and me, Suzy follows their exploits on Facebook.
All in order here in ADL.

sounds like the detour was worth it Daniel even just to visit those dark places of our history. Glad you are having fun too though-have you suffered any caffeine withdrawal headaches as yet?
Cheers big ears

by supporter of detours