Time to fly the friendly skies again. Destination Wellington, the capital of our closest neighbours, New Zealand. I hopped over last weekend for a bit of a reunion with some Vodkatrain comrades. Also, it was a final trip for those stalwarts of the street scene, the Chuck's, which will be laid to rest soon. They have met their replacements and have been seated next to each other, passing on stories and imbuing their spirit in a primal urban ritual.

A fairly straightforward flight, predictably there was a take-off, a few hours of high altitude cruising, followed by a landing. Wellington Airport is one of the more dramatic destinations to fly into. The landing strip is pleasantly nestled at the base of an embrace of hills, with half of it jutting out into Lyall Bay. This probably accentuates the windy conditions that have been well documented about the sleepy hamlet of Wellington. That is by no means a pejorative description. After our plane clumsily fluttered onto the runway, having been buffeted like the nostril hairs of a avian flu sufferer, the cabin steward announced "I don't need to tell you that we've safely landed, sorry about that ladies and gentleman, it was a bit rough...but I think we can agree that the pilot really nailed that landing!".

And there it was, the friendly, laidback humour that seems to be a shared hallmark of our national characters. If anything, Kiwis' have a more relaxed, overall chilled approach to life. The abundant, fertile, lush, verdant natural setting makes it a pretty sweet looking place. A few tallish buildings do their best to announce to the world that this is indeed a City, but, like Canberra, it's really only an administrative Capital. Again, not a pejorative! In fact, it seems to define itself as a bespoke, artisan sort of place. Some pretty cool little haunts. Having been worded up by Emma about Garage Projects, it was pretty neat to do a pit stop there on our way to an afternoon bbq for the Ride-on-Lawn Mower-World-Champion who was one half of my host. That probably didn't make sense, but I can't work out how to fix that sentence.

Anyway, Garage Projects is a craft brewery that was set up in an old Petrol Garage. Not sure where they got their name from. I can only assume they probably had a brainstorming session whilst listening to the 90's band Garbage and in a moment of dyslexic inspiration, figured that would be a winner. I'll include a photo below this paragraph to hold your attention. I did have quiet a lot of craft beers. A pretty industrious scene it appears to be. Also had Russia's finest export, Baltika, which, when purchased in a 1L can is akin to a Babushka doll of beer. That was honestly pretty horrible, but was done for sentimental reasons. 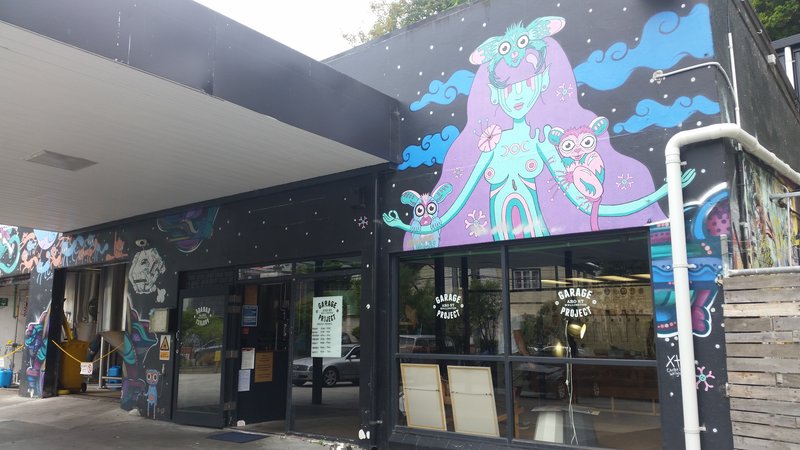 As you can see, from the Projects façade, a bit of artful artistry is also a hallmark of the brand. Each of the brews, has distinctive artwork to accompany and evoke the spirit of the recipe. A strong concept, executed completely. Quite impressive. It also helps that at the end of the day it's just good beer.

I did take a few more happy snaps of some street art around the traps. My most favourite piece, which did prompt an unwitnessed happy dance, was from Phlegm. You may remember a couple of pieces from the London and a one in Cardiff that I also caught last year. Super styles. Here it is, plus a few more. 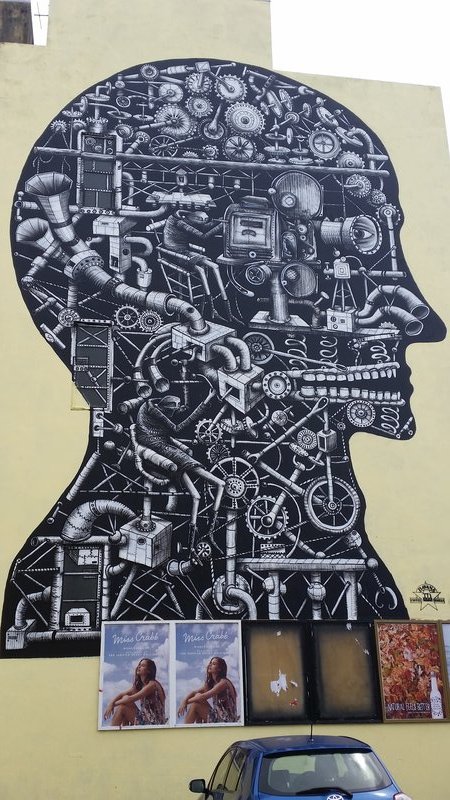 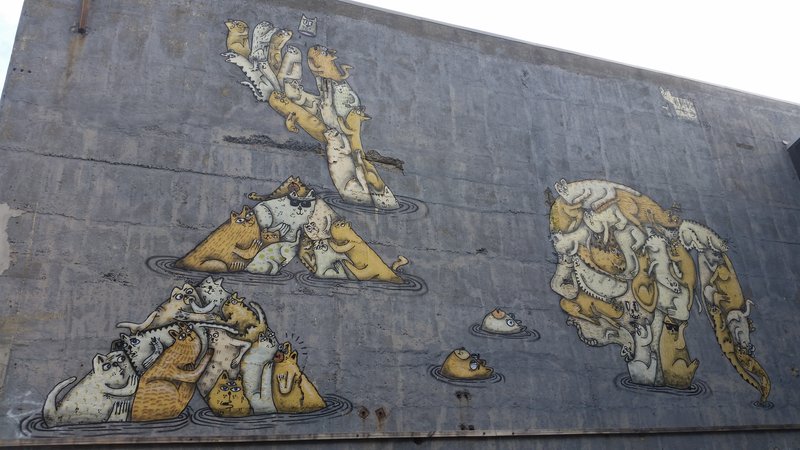 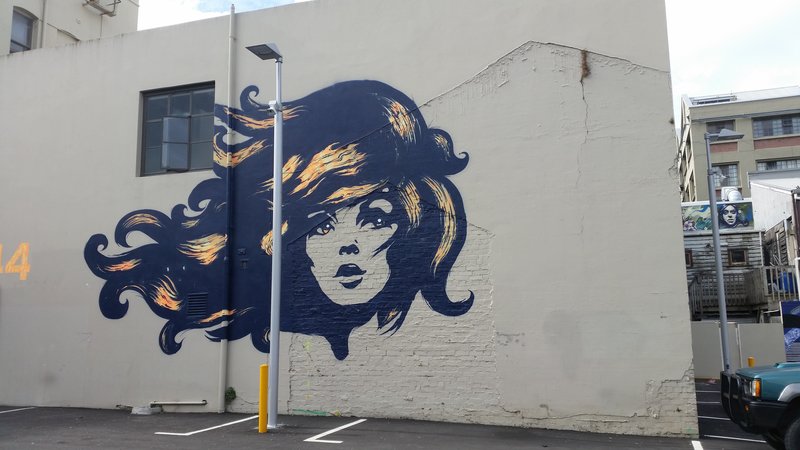 It was a short happy trip, although I was in a haze from a remanent flu fever and was not at my most talky talky self. Managed to catch up with the goings on with Emma and her solid, welcoming, friendly crew (cheers for the hospitality), good to hear Mrs Fryer is doing well. Was super cool to see Sarah again, and Dan, although had trouble seeing him as he wasn't wearing high vis. Them's the breaks. I like Wellington, it has a good vibe. A small improvement, if I may be so bold to proffer. Maybe you should all switch off your pedestal fans, or stop pointing them out the window. When even the local birdlife have a bemused expression everytime they take flight, you can literally see the expression of their faces 'WTF?!'. I wouldn't be surprised if the avian central committee decide to migrate south to join their penguin cousins in Antarctica. Clearly, those penguins originally lived in Wellington, but got so fed up with the confounded winds blowing every which way in a confusing conflagration, that they decided to cast of the shackles of flight, and waddled to the ocean and swam south. Setting up a colony, claimed in New Zealand's name, they have been preparing for the rest of Wellington's Aves class to join them.

Perhaps it was the memory of Fix & Fogg's 'Smoke and Fire' handmade peanut butter that has been causing my mouth to salivate worse than Pavlov's dog, or, the giant mouth ulcer that had erupted in the far reaches of my mouth, either way, I have been living with a veritable cascade of secretions for the last week. It has left my mouth damper than a goblins cave in the Misty Mountains. Mastication has been a tormentous undertaking.

Everything tastes like blood, just not in a good way.

Till the next trip. May the winds ever blow in your favour.

p.s. I acknowledge that my recent illness has left me a little bird brained, but, some factual inaccuracies are deliberate.

Good to see you are on air again Daniel. Yes you wonder what the effects of wind are on creatures small and large, not just in windy Wellington but all over the world. Maybe your next flight to NZ will be flu less. 'Them new shoes' must be itching to go on their own adventures after listening to Chucks bragging rights.

by What no Dodo sightings