Relax. I'm okay. No misfortune has befallen me. Just been a little lax on the bloggy blogs. Not due to a crippling case of writes block, well maybe, or a debilitating RSI, just old fashioned been doing stuff and talking. But don't worry. Here I am. With a final instalment of Norwegian flavour. But thankyou for your concern. Makes me feel all warm and fuzzy that people are deriving a small amount of entertainment from my ponderous ponderings, perhaps.

Allright. So today's adventures were a little late in their commencement, due to my decision to act like a bear readying himself for Winter. Yes, I may have started hibernating, because as is a popular saying these days, Winter is coming. Well, could appear to be here. A late start it was for me. A foggy morning was the greeting when I finally roused myself from slumber. Fantastic view. A little on the chilly side though, but that's how the world works.

The mission for today, head into town, disembark the train at Carl Berners Plass and walk down through Sofienberg, through Grünerløkka and down to the Modern Art Gallery to see some overpriced Damien Hirst works. The actual reality of what occurred was, a little off the mark. Disembarked, having scored a tourist map yesterday, felt confident that I knew whereabouts I was heading. Oslo is strangely smaller than maps would have you believe, all of a sudden found myself cruising through Tøyen and bang smack in the middle of Grønland. With my helpful inclusion of suburb names, you could conceivably play along at home, once again. So, reversed direction and headed back through some familiar streets to yesterdays haunts.

The photographic pickings were slim today. Had picked the veritable branches clean. Did, however, manage to find a few more hidden large murals and some little plastic robot monsters that I first noticed yesterday. Also discovered, that these were placed, inconspicuously throughout Oslo by none other than the 1UP crew from Berlin. Side note, one of said crew were interviewed, identity concealed as is the norm and said he thought he has spray painted 1UP around Berlin upwards of 1000 times. Which would be once a day for 3 years, on average. Possible. Considering that crew probably has 15 odd members, you can imagine that various members would have plastered Germany and the greater Europe surrounds around 1 million times. Or so they say!

That earlier post was written on my last day in Oslo, prior to heading to Kristiansand. Now I'm back in the capital for my final few days. Actually, considering the current time this is been composed, it is my final day, before flying out to Cambridge tomorrow (Wednesday my time). Sitting in The Nighthawk Diner, styled after its namesake. I almost feel like I'm sitting in the picture. To complete the mise en scene they just need to throw on some Tom Waites. Which isn't really connected to that time, but for reference sake, just indulge me. Actually considering that the parody work, Boulevard of Broken Dreams is probably more well known, perhaps my parody memory allows for Toma Waites to fit comfortably in this scene. And, once again, I've lost myself down a rabbit hole.

Some thoughts, then. Really like this area of Oslo, Grünerløkka. Pretty trendy, fine coffee and burglers, nice surrounds. Commuting around Oslo? Well that has been no hassle, despite Hasle been one of the stops on the train line. Have seen so much Canada Goose gear been worn by the cool cats of Oslo, that I can only surmise that the geese population in Canada is in terminal decline. The collective noun for geese is a gaggle, when they are in flight it's called a skein. Methinks a new collective noun for Canada Goose clothed comrades is required. So lets go with; a conspiracy? Today I saw a conspiracy of Canada Goose clothed commuters. Kinda flows. As Bruce Lee said, be like water so lets flow with that. Sorry didn't really make any sense, but hey, you should know me by now and my easily distracted mind.

Kristiansand was pretty cool. Considering its been something like 25yrs since I was last there, the only really distinct memory I had, which looked similar to it, was the big tree in the front yard. Other parts of the house looked the same, but that was the clearest memory. I was treated to multiple deliscious pesce meals. Damm fine. Never really realised how awesome salmon is for breakfast. Considering breakfast at an actual 'breakfast' time is a slightly foreign concept to me, mostly out of lazziness on my part, may have to alter my life choices going forward. Emma, any salmon rivers in Wellington?!

Food awesome. Have been treated very well over here. Been exposed to some traditional Christmas time treats. Eaten some animals tongue, reindeer, moose and found out when I got home that the piece de resistance will be served tonight. I am crazy excited. Whale. Weather also in Kristiansand was fantastic as well. Somehow the weather gods are still favouring me with some pretty sweet skies. Despite been rather chilly, essentially a total absence of wind and clear sunlight made it more than bearable. Delightful in fact. When Shani and I did a big walk around the forest out behind the Hospital, man you could almost see Denmark. Just in case any one was forgetting what I looked like, this is Shani and I on the highest point above the town. I know, totally need to shave. But in a bit of a dilemma, do I get rid of the travellers beard and start exposing my lower portion of my face to the elements, or, cultivate the follicles, with an ever increasing appearance of having been populated by Birch, and harvest the yeast that may be colonizing said media and start brewing some beer? Hardly Sophie's choice. 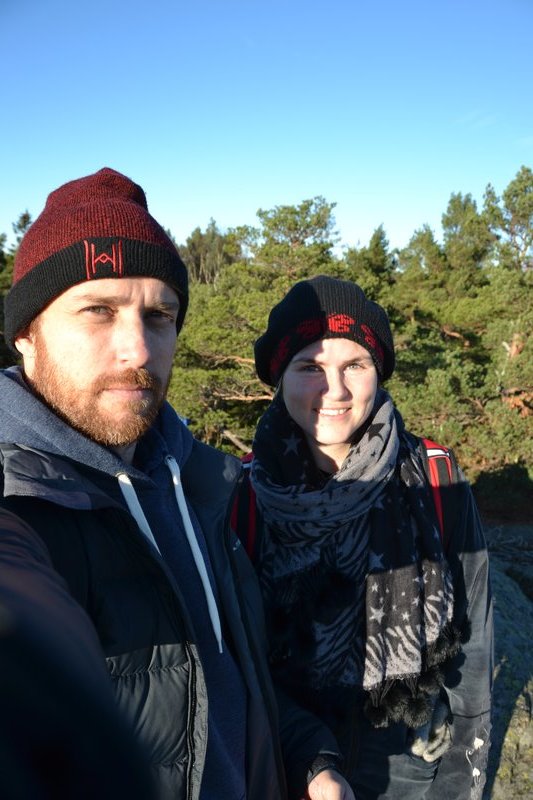 The lakes up in the mountains were crystal clear. Like looking in a black mirror. Reflections were perfect, and as no wind was present, just caught every detail. Pretty magical. Also looking at the way lakes freeze over and the fractal ferns that form are spectacular. When there is wind present and its freezes quickly, a frosted, cracked glass look results. Very cool. Could spend hours hanging out and marvelling at different structures, but would most likely freeze my nose off.

Great times catching up with Ingebjørg, Kristina and Knut. Also, has been a very chilled time hanging out again with Shani and Bengt. Will make a serious effort to attend next years Prog Power festival with them, it was ace. Considering the rambunctious niece will still be inhabiting fair Albion, then that would sync up niecely (sic!). We truly do live in a small world these days. Populated by some small minded people, but, that's life.

This feels like it may be a short entry, considering all that has been happening, should probably have been able to flesh it out more. But its been mostly been eating deliscious food and talking with the family. Bit of a time out from the idle musings. Maybe the inclusion of some photos will stimulate some more thoughts and not lead to disappointment about the long wait for the entry and its lack of funny fun times.

Oh, it is a dismal day today, incessant drizzle and cold, so will head back to S and B's. Throw the photos in and post this entry. Then pack. Getting excited to commence my first international au pair placement. Hope I can be of some use, domestically, may need to brush up on my cooking skills. It has been awhile since I made a passable pasta in Stuttgart. We watched a little movie about NWA as well, man, that was awhile ago, killer times!

Better throw in a photo of the little robot monster. What else. A few nice sized murals. And how about another scenery shot from round Kristiansand. Don't be fooled by the weather. It was cold and unseasonably brilliant. 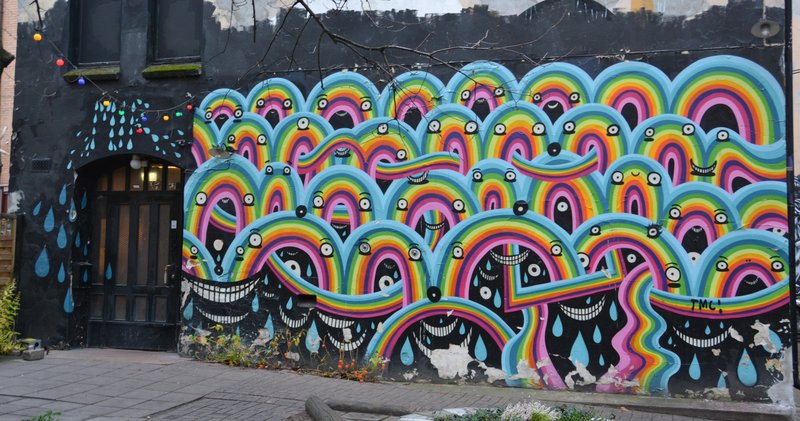 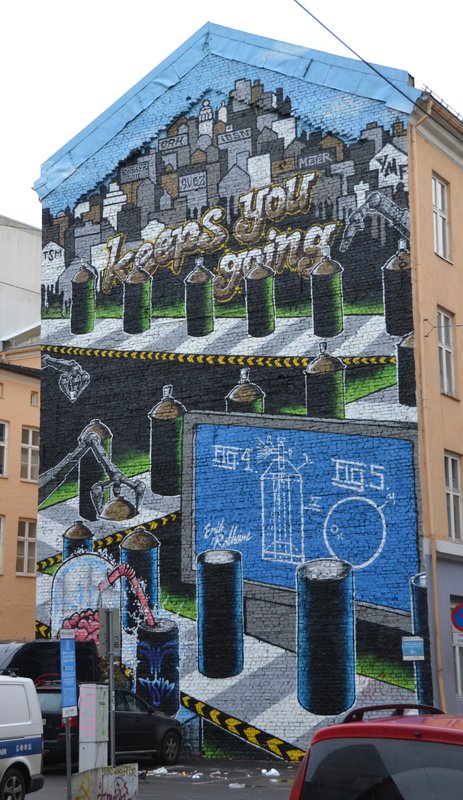 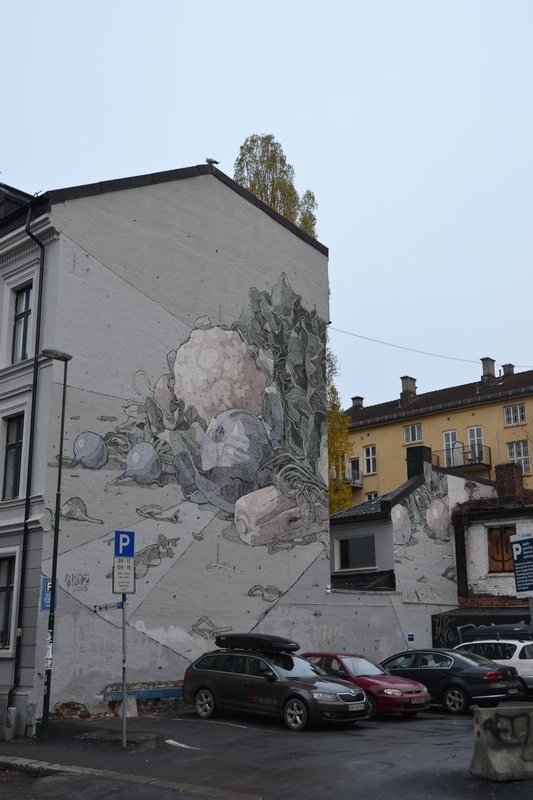 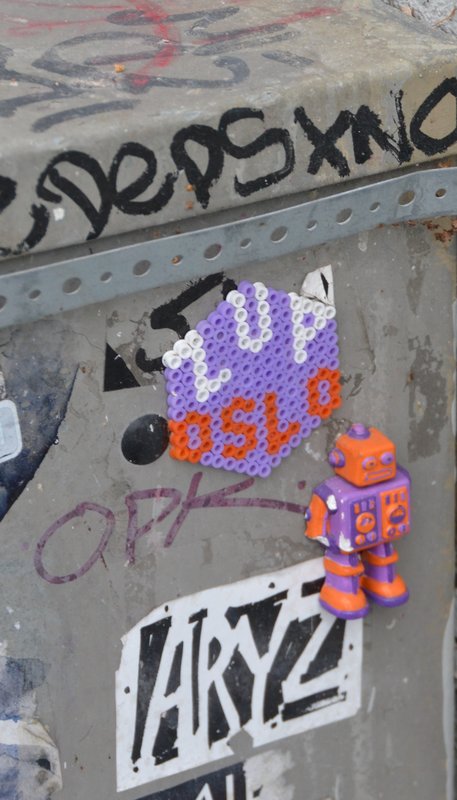 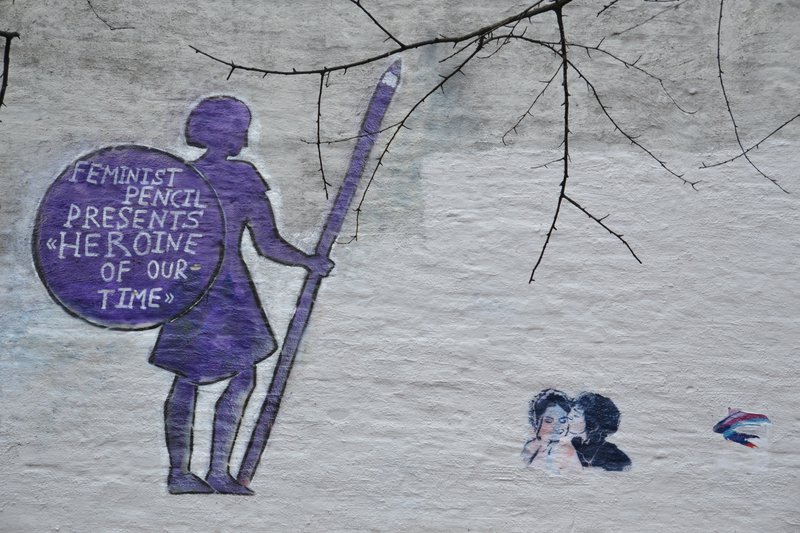 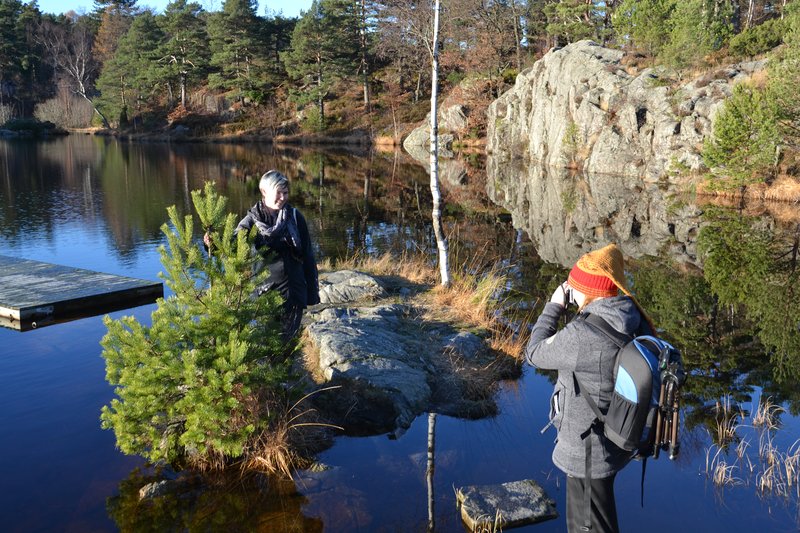 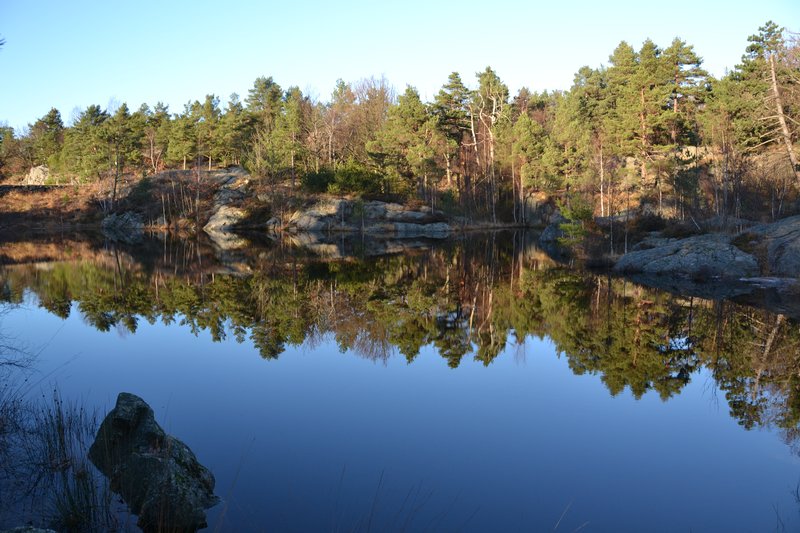 A final passing note. Super excited to order a stack of wax when I get home, can imagine some Nordic sounds from a few bands I have been exposed too, throw in some other Prog pickups and Enter Shikari, will be a sonic symphony of scintillating sounds, creating a cacophony of composition around mi casa.

That's me done I think. Say hi to everyone. Maybe give a loved one a hug. Throw an extra treat to your pets. We're not here for long, so be kind!

Yes hear hear to everyone being kinder and cool heads to prevail. Glad you have been able to spend quality times with your cousins and enjoy that part of the world again and to breathe that lovely fresh air. Have fun in the UK with little Miss J. You will have lots of stories to tell her! Cheers big ears

by Love down the rabbit holes and more