I'll begin this entry at the end. Not for the first time did I put my camera back in my bag and exclaim, enough. I'm done. Six hours of walking around had started to wear thin on me. My leg was twitching in some, likely, vitamin depleted muscular spasm. Once again I found myself turning a literal corner, and been visually assaulted by a bonanza. Had to dig the camera out again. For me, this piece was the cleanest mural I have seen in Berlin. So it was a fitting end. Also a fitting beginning. It was the last photo in Berlin and I really was done. Hope you like it. 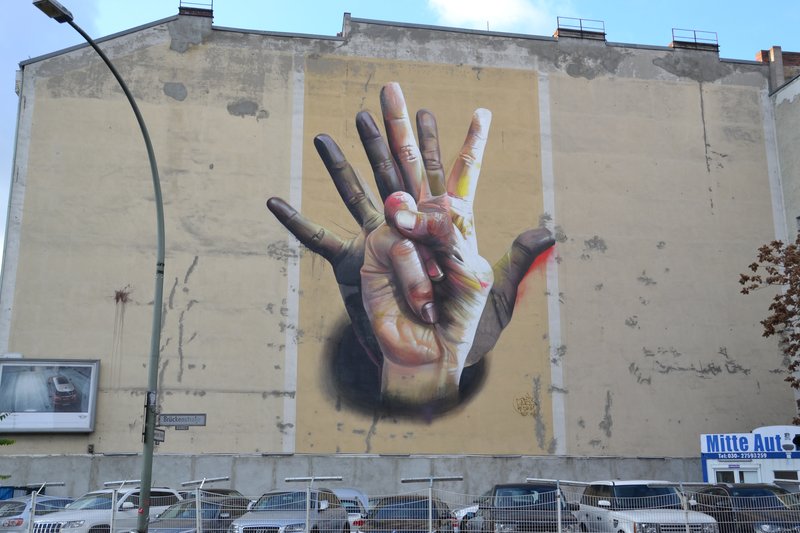 The comments posted by people are keeping me going. Especially the username comments. You guys are hilarious. And very on point. I dig it a lot. Sorry I havn't mentioned it till now. J, that last one was great! Hah. Feel connected over vast distances and time, in a funny way. As I'm quite an emotional entity, I like this back and forth that is happening. As I have been saying to Mum and Emma, in the absence of any connection/ interaction with Melbourne, makes you realise, as has been mums ongoing thesis for awhile, home is not always a physical structure. It's great when it is, and lets be honest, probably a permenant home gives a degree of security that is essential during certain life stages, but, not nescecarily the be all and end all. See, I spelt it incorrectly again. Home is about emotional connections. Can take all kinds of forms. Alex, think I'm having a flashback to that first night when we had Gin and I fell asleep, sorry, passed out in your garden. Was cool.

Found out it was Kurt Vonnegut's birthday the other day. If you've not read Slaughterhouse Five or Breakfast of Champions, do yourself a favour and read Crying of lot 49. Which is by, perhaps my favourite author. Then go back, to Kurt. Maybe some Bukowski. Hmm, what else have I tried to emulate. Obviously, the Beat Poets. And Hunter. But that's easy. Because the name of this blog is a direct reference to the Rum Diaries. So, unfortunately, just another tattooed Hipster trying to be all street and legit. Except, minus the tattoos. Anyway.

The pin cushion will look a little nuts now. As I fly out to Norway tomorrow to reunite with the Northern Kidds. Super excited. Also have not really had a conversation, in person, for a few weeks longer than food/ drink orders. Hope I have some things to talk about. A lot of back and forth, has been the route travelled thus far. It was making sense when I was cruising with Emma, cause she is a smart cookie and followed a nice loop. Without my antennae, I'm a bit like a leaf in a bubbling brook, just following the currrents, master of nothing, except what i'm carrying. At the moment, the bags overfloweth, as I had to pick up some more treats from a small art collective in Freidrichshain, where I was kicking around most of the day. I retraced my steps from yesterdays adventures, minus the guide and minus the trains. Realised that I will be running out of wall space to display my overseas goodies, what with all the beer coasters I have picked up, postcards purchased and assorted artistic pictures and prints I have snaffled up. Then, possibly, some of my own photos will be given the rarefied honour of a permenant position on the walls of the humble abode. Perhaps I should upgrade to a bigger apartment in, I don't know, how about in New Zealand?

Clearly a combination of crazy amount of photos and lack of conversation has been responsible for the increasing tempo of my posts. I will not be to wordy on this one. Just quite excited to show everyone what I have been seeing. I will save a lot of the back stories about my meonderings to a face-to-face conversation. Actually, I'm sure once you scratch my grey matter surface I wont cease talking until you fall asleep, tea in hand, drifting off to a land of nod filled with bright colourful cityscapes, dark yonders populated by shaggy monsters, lumbering away to their distant caves.

Just a little props to myself. Well and truly versed in cruising around a foreign city, sans map. Berlin is big. Didn't get lost though. Same goes for a lot of other places. Having mention I lost my antennae, the little clip on leaf that was gifted to me in Beijing by a certain someone, have remained on track, with my trusty pair of Cons. They are beyond destroyed, but still can't part with them. Think they deserve to see Melbourne again before retirement, after all we may make it to 20,000 kms travelled in the end.

Show and tell time? Sure, that's why I hope you invited me here after all. First up. Saw a number of recurring works today and yesterday. Robi the dog, Tona, Alias, Alice, Sope and the person who did one of the pieces in Reykjavik, also those little creatures with the eyes kept popping up not sure who it is. Here some of them be. 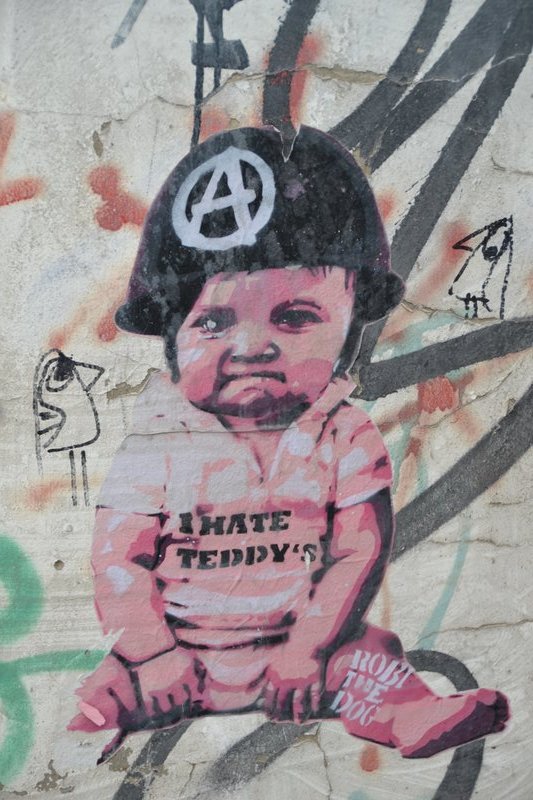 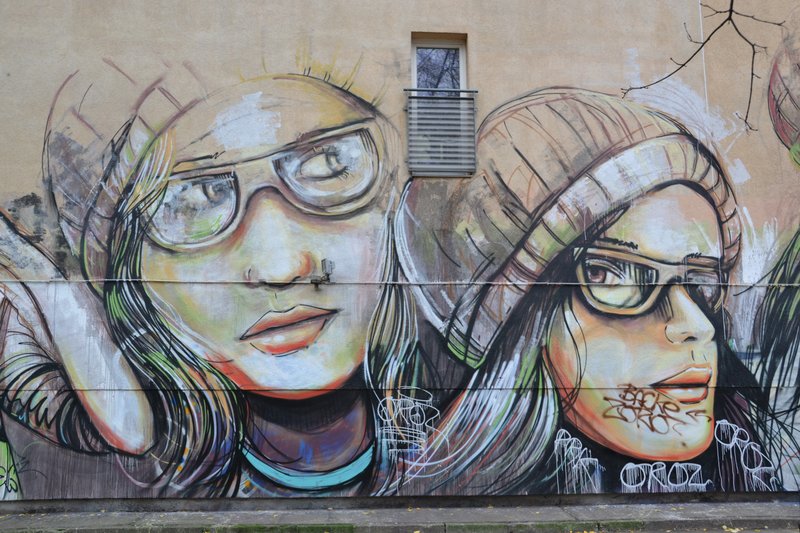 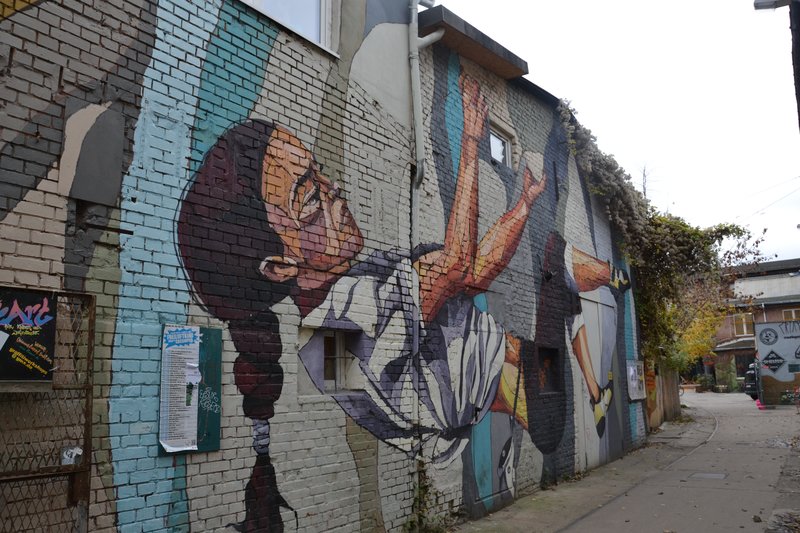 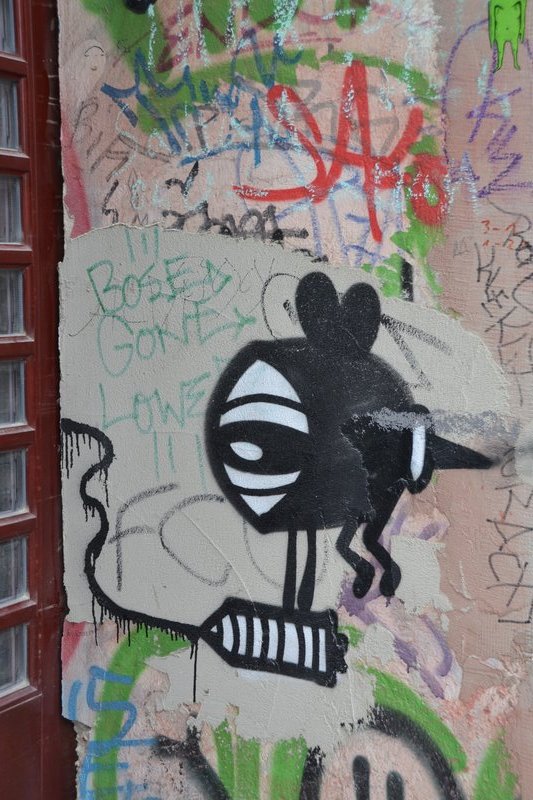 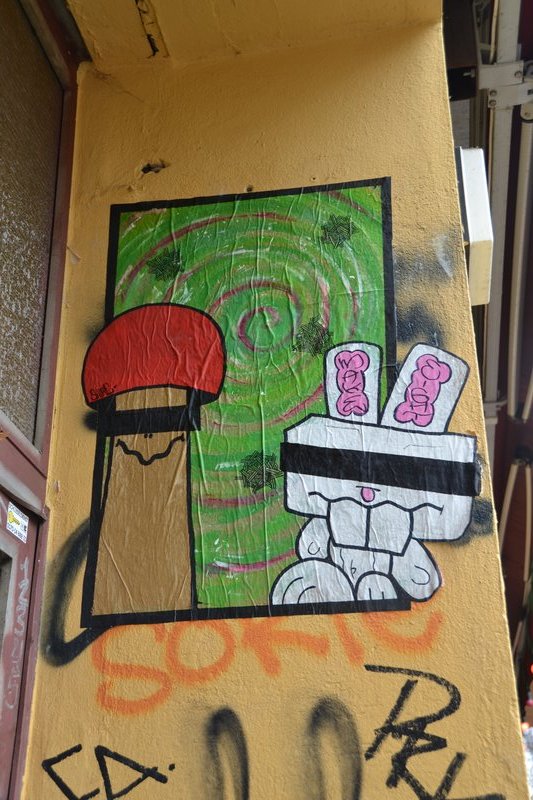 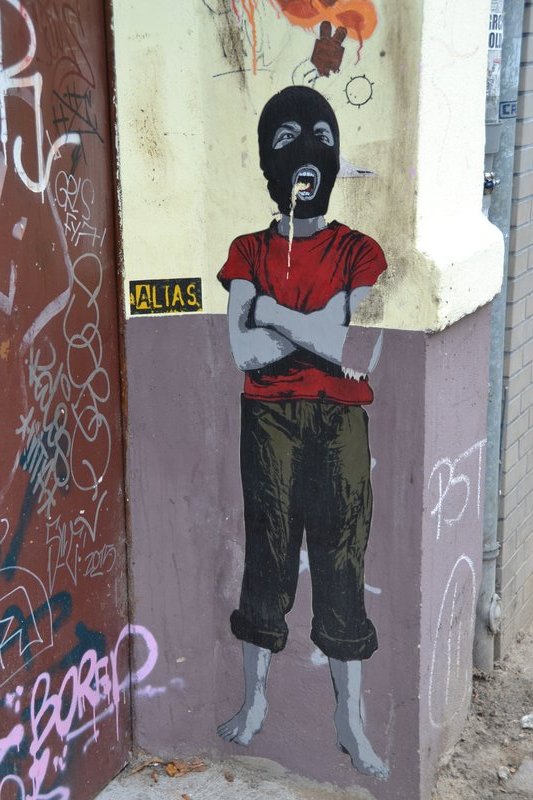 Will finish on a little story. Was walking along, remembering chatting to Emma about Space Invader, I think a French dude, who is internationally prolific. Thought how strange it was that I hadn't seen any of his work yet, in all the cities. They are very hard to spot, though. Having replayed the conversation in my head, walked, I kidd you not (sic), 5 metres, looked up as I have learnt to do from mum and life in general. Bingo. Saw a number of his little guys. Then another 10m and hallo! Ausfahrt, or maybe Einfahrt. Another piece. Really these pieces are hard to spot. Did my little excited dance. Succumbed to the beat. Here you go. 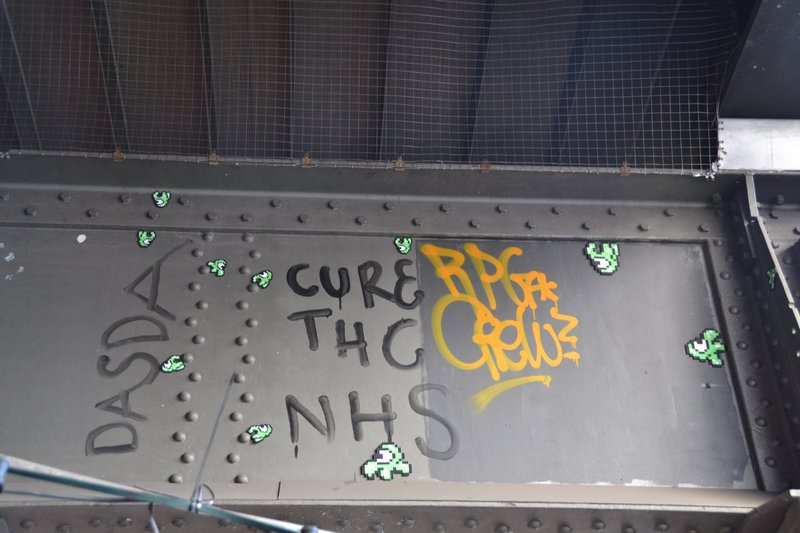 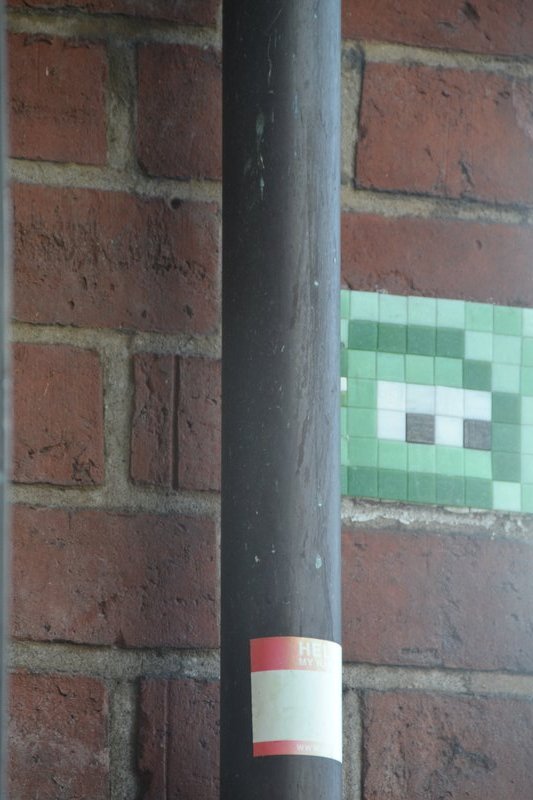 Could actually keep talking, because havn't even mentioned the East Side Gallery, may have to eat my words on my last ponderings on the Wall and how it's remembered. Because that kind off, but not really destroys part of my contention. So, one final piece I really like. For cereal, took over 100 photos of individual pieces in Berlin. 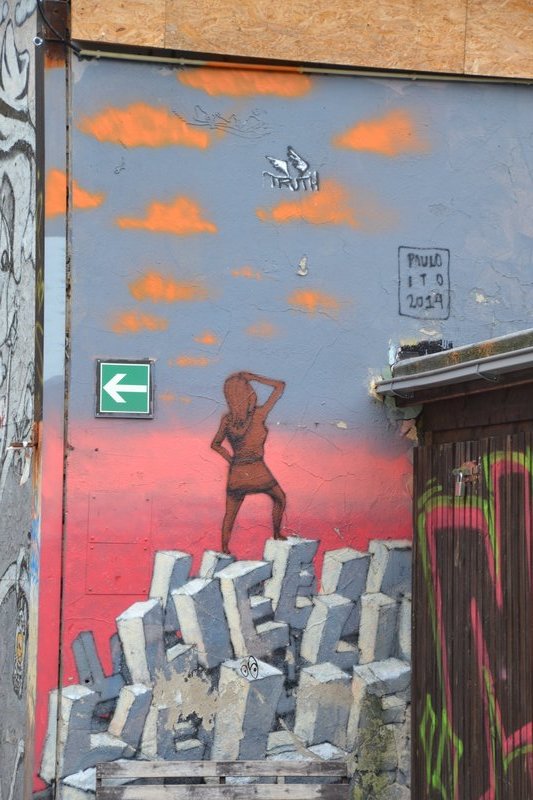 Firstly, I acknowledge that Arrowtown is on the other side of the water from Wellington, but it's where A and I aspire to retire to once kids are out of school. Great base for adventure racing amongst other things.

Secondly, and more importantly, I think I have found the true Renaissance man of street art; 'Wanksy' (who describes himself as a road artist). Check out his rich portfolio online, and set your expectations high for a chance encounter with his art when back in these parts.

by Aiming for Arrowtown

Well it is funny how those strange moments of thought can into reality and the physical world sometimes... I would say that you are one with the world and in tune with your surroundings on a different level-a greater cosmic awareness.Can I please banksy bags one of your cool street art photos when you get back so I can hang on my red wall. Now that would look great and you could even pick one for me. I am even prepared to relinquish control of making a choice out of all your fine finds along the way.It's all in the meaning isn't it. Enjoy Norge and your cousins and you might get to have a barbecue in the snow. No more berry picking for you.