On the Road, Again

Driving along today I thought of many ways to begin this next instalment of the ongoing pursuits of an at times reluctant traveller. Should I start at The beginning, A beginning, The end, or simply create a preamble related to my dilemma as to where to start. It would seem that the latter option was the one that felt the most illogical, or simply made the most sense at the time I was driving along into the kind of rain storm that batters your wheels, and makes you realise you should stop day dreaming about how to begin a diatribe that will have more the one beginning anyway, as unfamiliar roads have a habit of not following a dead straight course. So without further ado, let me begin. Ahem.

Now it has been awhile since I have been in the drivers seat of anything more technical than an automatic shaver, so to step up to a manual car was a bit of a stretch. My last set of actual wheels that I owned, was my sweet as '74 Leyland Mini Clubman. Man, that was some good times. I like to think I have a fair degree of experience when it comes to driving manual, I mean I tore that car around roundabouts like Mix Master Mike cuts those sweet beats in Ill Communication. I have also forfeited any right to lecture any youngsters in the future, as to driving responsibly, because, not something my family would be happy to hear, I have done some really really stupid s-h-I-t both before and after getting into a car. With passengers. Yeah. Glad we all made it home. That said, I'm alluding to the fact that I am not a complete idiot now, when it comes to operating a car. Except when it is all back to front. Driving a stickshift with your right hand is like brushing your teeth with your left foot. I mean, it's just weird. All kinds of uncomfortable. That feeling you have when you've buttoned up one of your shirts, blue of course, out of sequence and not realised all day exactly what you'd done wrong, was the feeling I had.

But driving along that road, mind wandering away on all kinds of tangents was crazy fun. The views. Seriously I think I'm running out of ways to describe the sights. I'm sure those NZ residents who go away on weekend adventures would have a million sights that blew their mind. (Hi Mrs Emma!) When it has been raining and your cruising through verdant green pastures, with some kind of mountain range lurking, shrouded in a veil of cloud, teasingly revealing a shimmer of an outline of its sweet low curves, raising and disapering up into the hem line of mist that clings to its peaks. When it is all grey in the sky, but somehow, the sun manages to stretch apart the clouds, like cotton wool, to pear down in the valley below and say, 'wassup?'. When some Outkast is playing on 957FM Icelandic Pop, the beat just takes over. All of a sudden, the landscape is illuminated. Those greens manage to fluoresce, the black soil takes on a rich oiliness, like its been poured through the valley, the clouds reveal their intricate lace texture and radiate the rays piercing through. It explodes. Briefly. You smile, then realise you've veered off the road a little cause your a 'dick'.

Well that was what my GPS unit said to me, because after spending 15min learning to operate it, I changed its setting to 'Emma from NZ'. Just for the company on the drive. It/she was a little sassy, but kept me on pretty much the only road that runs around Iceland. Oh, I went to the south coast by the way, so again you can play along at home. It may take me 34mins to correctly write the places down. Easy, strewth, give me a minute to sort my self out. A lot is happening at the moment. BRB!

Anyways, as I was saying earlier before I got distracted, I rolled out to the rental joint at the ungodly hour of 9AM. On a Sunday. it's one of those times that you forget actually exist. Like 3AM Monday. Or in my case, between 4AM-7AM every single day. I know a few people from Bacchus Marsh who insist that this is an actual working time, but I don't believe their lies. Once I had my car, booted up 'Emma', checked my mirrors to ensure that I looked good and found the heater, I had to turn it on. Both the heater and the car. Bloody thing wouldn't start without the clutch engaged. What?! My other car, which was actually mums but she very kindly permenantly lent me, which I eventually got graffiited, would start when you just turned the key. So I was confused. I drove my wheels down to the dock area and because it was early did a few laps around, driving on the right and sorting out the gears. Felt like a knob. Actually, this is embarrising, I still don't know where the fuel cap release is, so I never re filled the tank. I was ready to drive to the south coast, eventually.

The destination I set out for was Eyjafjallajökull. Yeah I know, I can't pronounce it either. One of those time when the journey is better than the destination.

I had just written about another two paragraphs and the internet dropped out. So I'll try and re create the magic. Which is hard because pulsating beats are currently been sonically injected through my body at the moment. Not in a comfortable way either. I actually feels sick in my gulliver. So bear with me, sorry if it is not as funny as last effort. But you probably can't tell. The drive was full of those small moments, like when I crested a hill, with a row of mountains to my left like upturned saucers, the valley spreading out in front, just as a flock of Artic Terns wheeled in front of the car, banked and exposed their bellies to the sun which had peaked out from behind the grey curtain, illuminating the scene ahead. Even the surly, shaggy sheep lifted their sullen gaze and cracked a wry grin before going back to talking about grass related antics. And what Líknví would do to Mjǫðvitnir when he went to the other side of the paddock to talk to Earl the horse. In a nutshell the drive was epic. Like I was driving through a fairy tale.

I had written a lot about the drive, but maybe it wasn't meant to be. Them's the breaks sometimes. Checked out Gljufrabul Waterfalls as well. This place was cool. This will have to wait for an in person conversation, because, I can't be stuffed. Did want to mention that on my various urban adventures I did come across a couple of tagging/ graffiti dudes called the Ugly Brothers. One of whom is called OST or UST and the other; KIDD. I know, crazy. My nickname writ large on the concrete jungle. It's time for some shoutouts.

James, Mr Bungle is pretty dark, but I can top that. Fantomas, Mike Pattons other (one of many) bands released a vinyl that has these dark photos of surgery where all you can see is the open operation and the surgeons hands and blood. Everything else is black. The music is just a series of pulsating heart beats with guttural human voicebox noise occaisionally punctuating the pulse. Heavy. Really looking forward to Cambridge times. Miss my little J and can't wait to give her Christmas treats. Also, mum, your roasts were always pretty special, so happy to partake is some oven overtures in December. Dad, the Phallogical Museum does look a little odd, did walk past it the other day. Humans are an odd bunch.

So, now some of the obligatory photographs. What shall it be? More of the murals. Which reminds me. Urban Nation, which is a Berlin based initiative was responsible for organizing some of the larger murals as part of Airwaves around town. But let me assure you, this place is second to none in terms of graffiti, coffee, tattoo and hairdresser ratio to any place I have been to so far. I covered a lot of ground and saw many pieces that have been around for awhile but out of the way and not in your usual tourist area. I'm a bit chuffed about that, just between you and me. Aight, it's been long enough. Next stop Berlin, before I head out to reunite with the Norge Family. Can't wait! 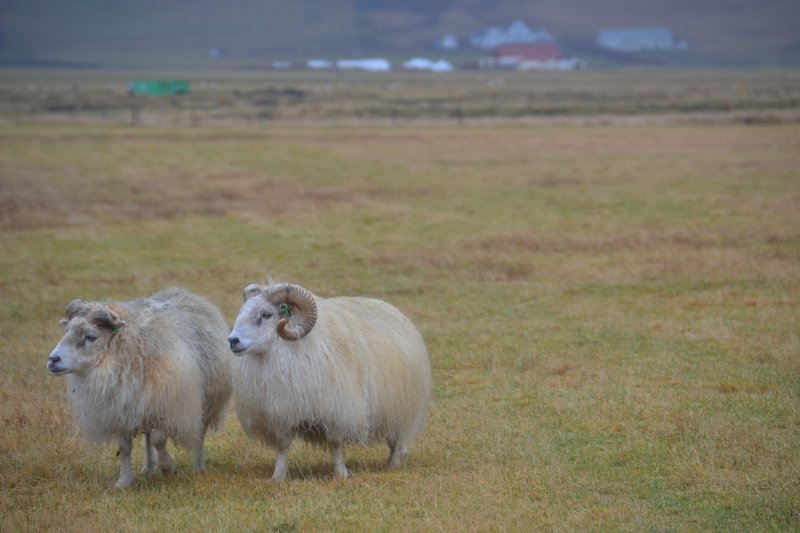 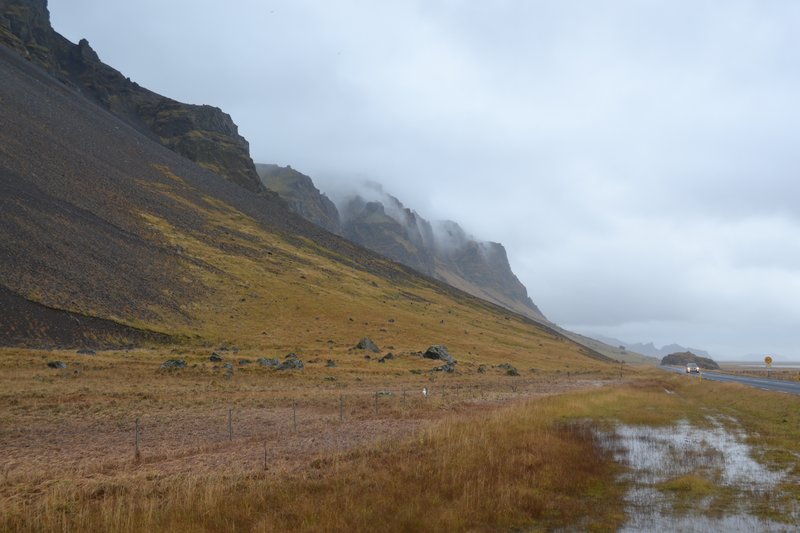 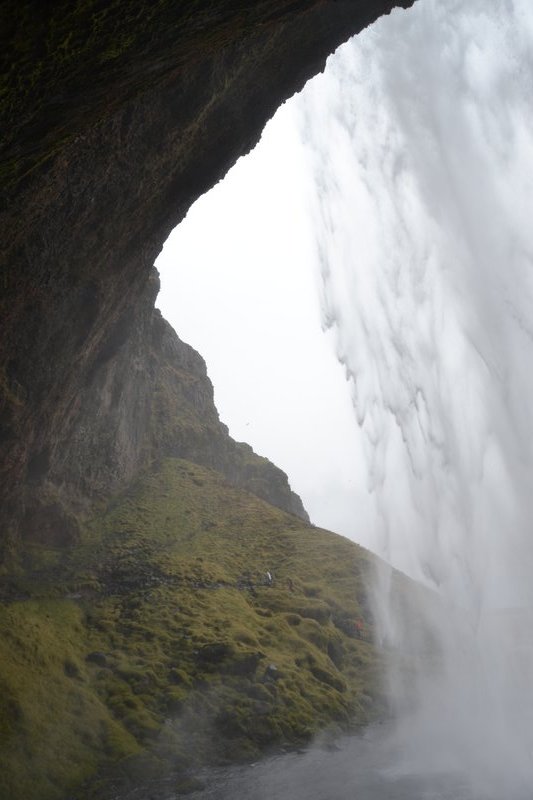 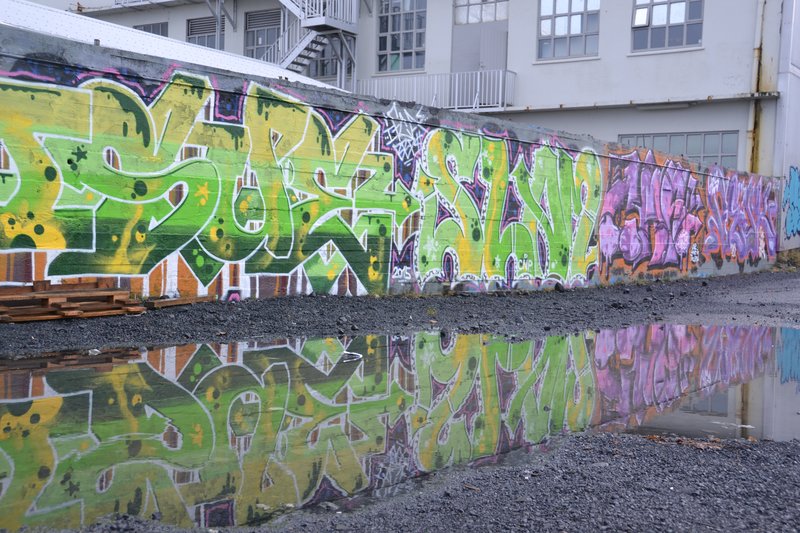 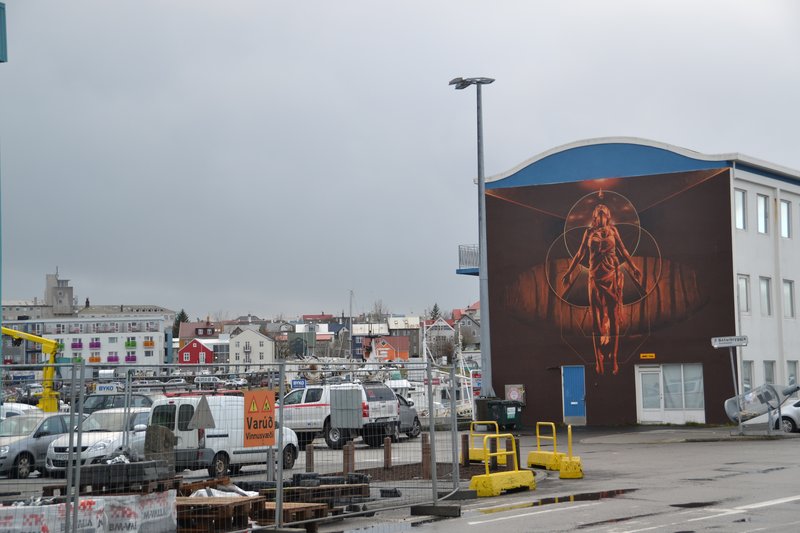 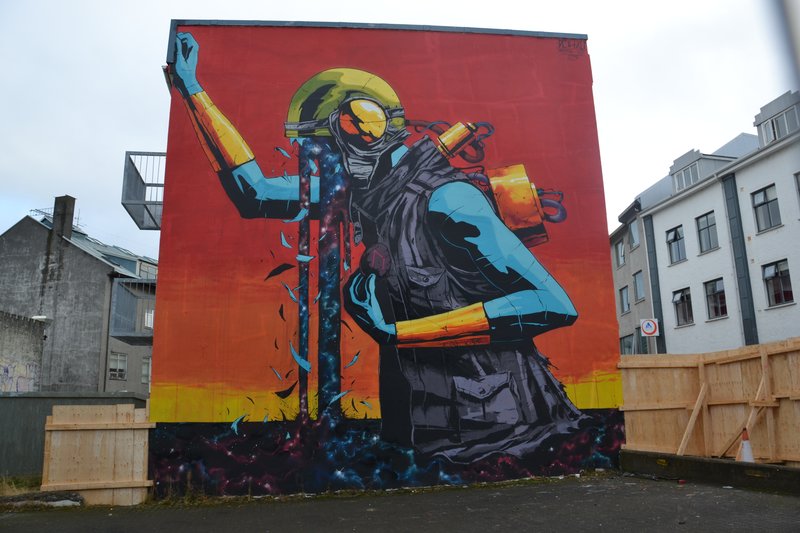 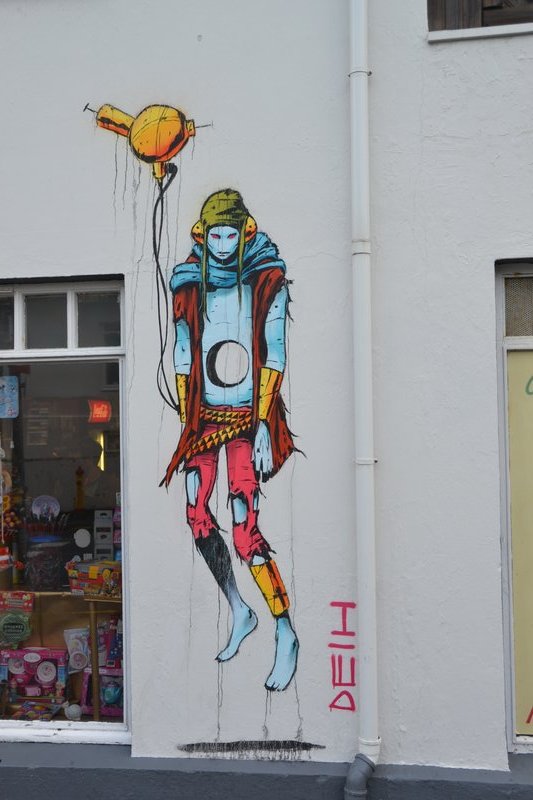 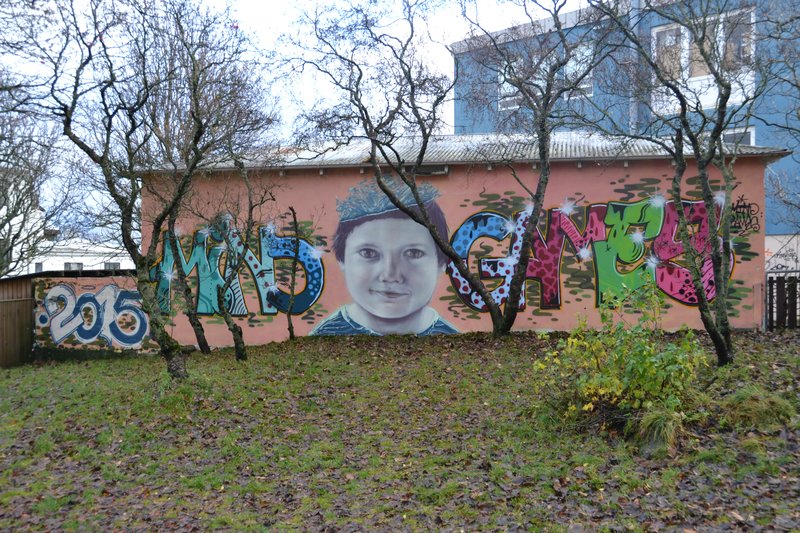 Daniel you did not mention Birch Trees , wasn't there one in sight , or were you concentrating so hard on driving on the wrong side of the road you passed them by. Sounds as if you are having a exciting time and you slide evenings will be very interesting. Continue to enjoy yourself and keep safe. It's 35 degrees here today if you are interested. Your loving aunt C

Love the scenes in the photos and street art. Looks very rugged and windswept. I can just imagine you in that hire car. Was the steering wheel wrapped around your knees as well Mr Bean? Enjoy catching up with the cousins.

by Mr. Bean in Iceland

Hi Daniel, seems a bit wierd stalking your travel blog but your happy ramblings both on and off the road make me smile. Emma is on her way home and has placed the stuffing slab and Yorkshire pudding order. Enjoy the rest of the trip