Currently kicking out in the Wombats Hostel in Munich, we arrived yesterday and last night had a few beers to wish Hester bon voyage, so it's a slow start this morning which is fine when the weather is that wonderful mix of mist and incessant light rain. So the sights can wait. As a homage to the fantastic Irish pub we were at a few nights back in Salzburg, I'm listening to The Pogues- Dirty Old Town..........might go to Ireland, just throwing bombshells out there now

Sorry sister in law, I have held up your comment whilst I mull things over. I may well reach Cambridge a bit early to have that frozen Gin and discuss all things future based.

So I might just ramble on a little disjointed about some stuff that's been going down of recent times. Again, chasing RWC matches around Europe is very fun. I arrived around 3:30 yesterday in not so sunny Munich and spent an hour looking for an Irish pub, seems the rainbow doesn't touch down in this area, so had to settle for watching it at the hostel. What a game, I almost chewed my left arm of in nervousness, thankfully it was a sweet win.

I left Salzburg that morning. It was not without a minor detour. Having been told that there was an 1103 train to Fesslaising or somesuch town, at 1045 I decided to board a train that appeared to have a final destination in that locale, alas this was the wrong train. But, this is how you need to roll, I started chatting to two other backpackers, from England, who had done the same thing. We had all stuffed up. So it was back to Salzburg, and having now missed the 1103 mysterious train, had to wait till 1303 for the next connection. It seemed the platform and train info didn't come up until 10mins prior to the train departing. Trust me, this is really unusual. Anyway, we got it right a few hours later. We were joined by about 200 other passengers, it was a very busy train across the Austrian- German border. Both in Vienna and Salzburg the train station has been home to quite a large police presence and quasi-military personnel, or maybe just Customs officials. Hard to tell because I'm not familiar with Austrian state apparatus. Anyway, also there are large tents set up outside, with Red Cross staff and associated humanitarian aid workers. At various times large groups of refugees would be escorted around the station to certain platforms by police officers. It was all very orderly and I can only assume that it was mayhem a few weeks ago.

I had a good yarn to Rhianna and John from England during our almost four hour commute. Good conversation, they had been travelling from Budapest, West and eventually down through to Barcelona then back home again all on trains. Speaking of good conversation, Emma and I located a pretty sweet Irish pub in Salzburg where we watched the All Blacks beat France. By some bizarre sequence of events, a couple who lived in Queensland but were originally from Dunedin also rolled in. They were followed by a mother with her teenage daughter who also were originally from Dunedin. So we had a bit of crew of vocal supporters for the game. I thought the old couple were a little too vocal, they had a very different take of the refugee situation and a rather dim view of the 'animals' who found their way into Europe. I had to cut away outside for a breather when the old dude yelled at the TV/ French and said something like 'we don't forget The Rainbow Warrior, bloody French'. But that's cool. I suppose. Not what I would bring up, but I was only 4 when that all happened.

Another interesting individual we met, was in the sleepy hamlet of Grunau. This was a tiny place in the Austrian mountains about halfway between Vienna and Salzburg. I caught a train to a place called Wells and then transferred onto a single carriage train that took about an hour picking its way down the valley, dropping of school children along the way. I was met by the guesthouse owners son, Sebastian, who must have been 17 or 18. A really cool kid. He loaded my pack in his boot, next to the sub-woofer, and turned on some metal as we drove the 10 minutes out of 'town' to the house. We talked about his car, drifting, snowboarding, metal and how excited he was to see his girlfriend in Germany soon. He also demonstrated how poor the grip on his tyres was. It was a sweet ride.

There was however a sinister side to Grunau. Its name was Olaf, from Sweden. A really odd character who just did very creepy, unsociable, disgusting things constantly. He had driven from somewhere and, when he needed to relieve himself, instead of pulling over on the side of the autobahn or waiting for a WC, just pissed himself in his car and kept driving. Constantly asked, seemingly only of the girls, if they wanted lifts into town or wanted to go to Prague with him. I mean this was beyond just been friendly. Because he had a shovel and a tarp in his car boot. Seriously. You read about these kinds of people. Shit was weird.

Anyway, Grunau was a wonderful place for a few days of R and R. It was constantly misty/raining, but still beautiful. After this, it was onto Salzburg. Emma and I are getting really good at walking around cities, seeing all the 'sights' without really using maps and just smashing it all out in a few hours. Today we kicked around Munich. Again, seen pretty much all the big tourist places without really aiming too and often just stumbled onto amazing places.. Tomorrow will head to the crazy castle. Salzburg seemed to be a very rich persons playground. It was a place where money certainly flowed. I also ate a lot of dough. Mostly in the shape and form of giant pretzels. Delicious. So too was the pork knuckle we had today. Although it seemed more like a hip bone. But I could be wrong, pigs may have giant knuckles, just never noticed them because I was always busy thinking how nice their ribs taste.

Actually, big shout out to Emma's mum. Don't worry about the fact Emma takes a long time to heal from 'ouchies',in my humble opinion it is no cause for alarm.

So some photos. One of these is of someone getting ready to throw a rock at me.Time keeps ticking along. Also, will be in London by the end of this week. 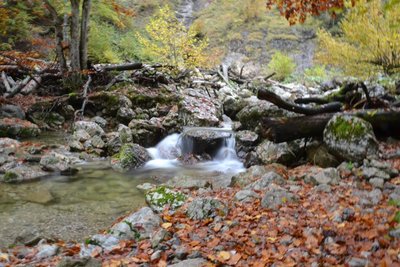 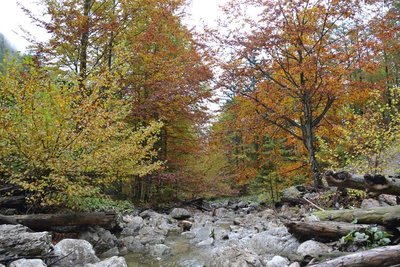 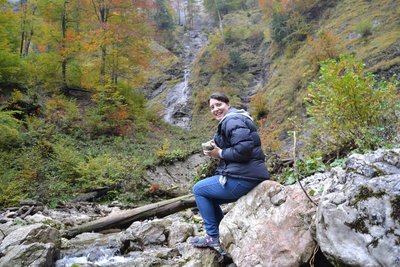 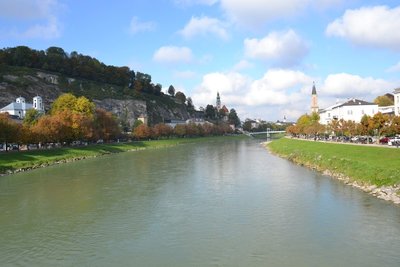 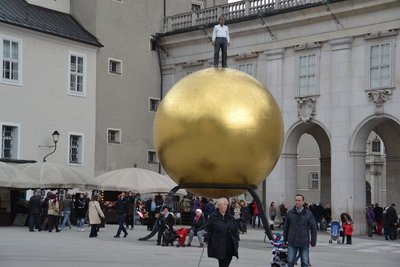 Not only is your pin map starting to look like a 'bunch of yarns', your limited-release snippets of revised itineraries are keeping everyone guessing! Madame has just learnt to count to ten and she is ready to commence a count-down to your arrival...you just need to tip me off so we can a) ensure she does not start prematurely and b) plan our own travels so as to ensure we are back in time.

More adventures! Love the scenery and is that a real person standing on top of the gold ball. Did you ask him to climb up or is it statue or maybe one of James's mannequins that he is good at making. Enjoy Daniel and Olaf sounds like he could be straight out of Wolf Creek. Weird.
Cheers big ears- not pigs ears though.